Princess Diana is a bulwark of purity and an example for imitation. She changed a number of the usual behavior patterns for the Royal family, and her style is still imitate. The first meeting of the future Princess of Britain with Prince Charles happened when she was just 16 years old. In 1977, the Prince came to her father's mansion to play Polo. Diana was then the first Englishwoman who to become a Royal bride, besides, the girl was the first bride who had a paid position, before become a Princess. Unfortunately, for the people of Great Britain and France, and also the whole world, the Princess of Wales died from received injuries in a car accident on August 31, 1997. In the car, Diana was traveling with her bodyguard and her "tabloid" boyfriend who named was Dodi al-Fayed. Many songs and poems were write in memory of Diana, and a film was make about her. Elton John and Michael Jackson devoted their works for her.

Today, many countries produce stamps with the image of Princess Diana – they are very popular and in every philatelist` collection they must be in. Online store stamps -world.eu offers to you the wide choice for the buy Stamps Princess Diana and Princess Diana on postage stamps of the world. Stamps   Princess Diana and other Topical Stamps on this theme you can to found in the category Stamps Royal dynasties. We wish you a great day and wonderful shopping! 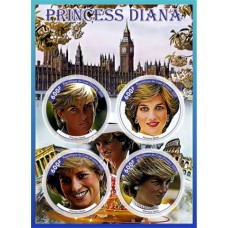 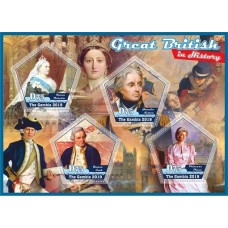 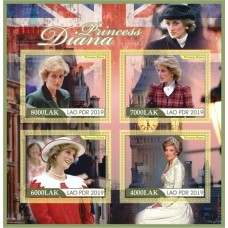