At the turn of the XIX-XX centuries, there was a sharpest confrontation of the great powers for "the last pieces of the great untapped world or for the repartition of pieces already divided. One of the main reasons for the beginning of war was the signature the Convention between Russia and China on March 15 (27), 1898, according to Russia was given to the rent of some port of the Liaodong Peninsula and was allowed to lay railway tracks. Indeed Russia took away from Japan the Liaodong Peninsula captured during the war, which led to a new wave of militarization of Japan targeted against Russia. For this reason, there was a Russian-Japanese war of 1904-1905, where Russia was suffered defeat.

Visit our online store Stamps-world.eu in the category Stamps Russian Japanese War and choose your favorite Stamps Military & War and the soldiers on postage stamps of the world. Buy Stamps Russian Japanese War, and You will see a lot of historical events and sensitively feel their course, which happening more than 100 years ago, so these stamps are high and original quality. 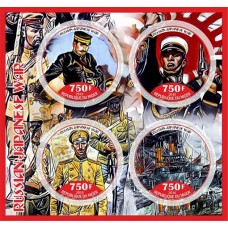 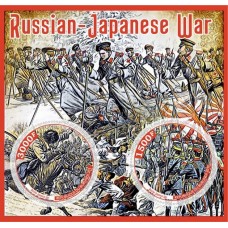